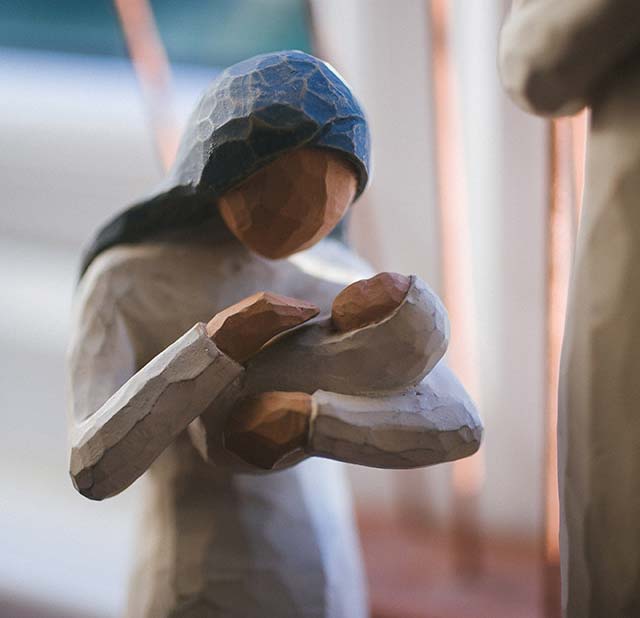 “We are not trying to please people but God, who tests our hearts.”

Her mission was to witness the Glory of the Son of God. She was a woman of courage and character. A poor girl in an insignificant town, from a humble family with little expectation her life would be different than most. Then, angel Gabriel came to Mary. (see Luke 1:38)

Why did God choose Mary?

I’ve been studying the Scriptures about Mary the last few days. And with my knowledge of the Leading From Your Strengths characteristic & personality strengths, I think I know WHY God deliberately chose this Golden Retriever type of personality, because of the particular situations she would need to endure in her adventure as the mother of our Lord and Savior Jesus Christ.

Mary sought approval from the One that matters most. Seeking God’s approval means turning FROM the desire for the applause of others. She went against social and cultural norms. She trusted God would not let her down. As she yielded to the purposes of God in and through her, she was able to anticipate the approval of the One who matters most without fear of public outcry or condemnation.

She was able through the power of the Spirit, by CHOOSING to be willing to lose all that defined her,  in order to become who God had CHOSEN her to be. He wants that for all of us.

What can we learn from Mary?

I’m not a scholar, and I’m not Jewish, but, I believe that when Mary, an innocent VIRGIN, courageously told Joseph, her beloved betrothed love of her life, that she was pregnant,  she knew that he KNEW it was not HIS baby she was carrying. The penalty for adulterous betrayal was death by stoning. BOTH their lives actually were in peril in that culture.

She gave her life & reputation to God

When angel Gabriel gave Mary God’s message, Mary answered, “May it be to me as you have said” (See Luke 1).  She had responded with a willing heart, ready to do whatever the Lord asked of her. Praise God for her response, which played a part in the blessing you and I have in Jesus.” (Anchor Devo December 2019)

The angel called her highly favored

He said to her, “Do not be afraid.” Angels aren’t sweet & pretty with flowing robes that flutter into your life to bless you. Rather, they are fierce looking warriors. Why else would their first words (whenever they appear to people) are some variation of FEAR NOT.

So you might think Mary was different than you or me

You might think you could never do what she did, yet I’m pretty certain that you would obey whatever an angel told you YOU to do, too. Her first response was a question, asking how it could be that she would bear the Christ Child, since she was a virgin. (Luke 1:34) And she most certainly had intended to stay that way before her marriage with Joseph. He also told her that her barren Aunt Elizabeth was now “with child”. Her next response was one of surrender and trust.  With a willing heart, accepting the consequences. “I am your servant. May it be to me according to your word.” (Luke 1:38) The angel left her.

Aunt Elizabeth is 6 months along

Mary went to see her aunt Elizabeth. Upon hearing Mary’s greeting, baby John leaped in Elizabeth’s womb. And Elizabeth gave Mary an important affirmation. Any Golden Retriever personality’s indecision or concern would have melted away when Elizabeth said, “Why am I so favored that the mother of my Lord should come to me.” (Luke 1:43) Mary stayed 3 months, until John was about to be born. Golden Retrievers are people people. They are loyal. They are “let’s do this together” people.

Goldens greatest fear is loss of security and they don’t like change. From others, they want sincere appreciation and harmony. When stressed, Goldens can be indecisive and unenthusiastic, so you can see why God gave her so many clear affirmations. God knew she would need them in all the future trials and testings she would endure.

So, as each affirmation came,

“Mary treasured all these things and pondered them in her heart.” (Luke 2:19)

She had been told that she was the woman with whom God entrusted His Son. Her heart had responded with praise and joyous song (see the Magnificat in Luke 2).

As we think about her courage, let’s think about the the time she rebuked her 12 year old son (JESUS) for staying behind in the temple. Think about the wedding in Cana where adult JESUS did his first (and non-public) miracle. She had courageously pressed Him to make water into wine. Think of the time that Mary took her other children to try to get JESUS to come home because there was so much demand on Him. She was concerned about him. Because she truly cared about the people in her sphere of influence. Let’s look at some general Golden Retriever characteristics and see if they fit Mary’s personality characteristics based on what we know from Scripture about this amazing woman:

Their focus is on what is happening right now in front of them. You can definitely see that in Mary. When someone is hurting and needing a friend, or water made into wine at a wedding, the Golden Retriever is joyfully there! They have a caring heart and listen carefully and attentively to others (including angels 🙂 ). They are always loyal and faithful to friends and family. However, if there is tension, they want to withdraw.

Mary was a person of discipleship, with a willing heart, and great faith. The first true follower of Jesus. Her calling was great joy in motherhood, but required tremendous suffering. The worst was watching her son on the Cross in such unspeakable agony–knowing He had come to do just that. For you. For me. And for Mary. She knew how costly her submission would be, yet she CHOSE to SUBMIT to GOD’S plan. For that, we can ALL be grateful!