Getting to Know Noah. The Man. And the Ark. 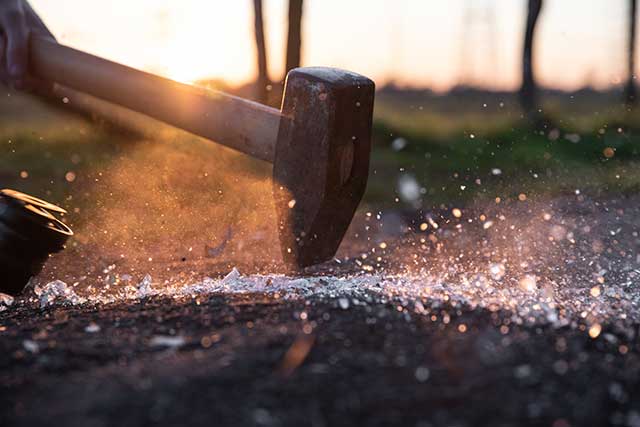 What makes a man stand so strong?

What was it about Noah’s personality that he was able to complete such a daunting task against all odds? Against all his friends and neighbors mocking him. Staying on task for 120 years.

Signs of the times

The Lord God saw the widespread corruption and violence, and was sorry He had made man on the earth. So, He decided to destroy the people and animals He had created.

The man. Noah was different

Noah was a righteous man. Noah found grace in the eyes of the Lord God. He was a just man. He had a wife and three sons, Shem, Ham, and Japheth. They built the ark together, while Noah preached to the masses. (UNsuccessfully. For 120 years.)

God gave the man specific measurements and details. God told Noah that He would bring flood waters to the earth to kill everything on the earth. Noah had a timeline and kept focused on his duties. He stayed righteous through the whole process. He warned his friends and neighbors. But they ignored him or mocked him. They apparently did not believe him because when the time came, only Noah and his family were invited on board by God, along with the chosen animals for sacrifice and for food; and there was a male and a female of each, so they could reproduce after the flood waters receded, so life could survive on earth again. I am assuming all of you reading this already know the story very well. Let’s look at Noah’s personality. Why was Noah chosen?

When the time came, Noah and his family went on board, along with the chosen animals and the food that all would need. Seven days later, it began to rain and it rained for 40 days and 40 nights. Noah was 600 years old. (So no excuses from any of you that you are too old.

According to Ministry Insights Leading From Your Strengths (LFYS) personality profiles, I believe that Noah was a Lion personality type. Here’s is a bit of a summary of that style of personality:

All was well when he had specific instructions

It took great faith. And, all those traits served him well during the years it took to build the big boat! Facing huge opposition, he was brave and focused. He had two clearly defined tasks. He was to preach and to build the ark. God made a covenant with Noah. If he went into the ark with his family they would be saved. And God would be the one to shut the door behind them. No one else could enter after God shut the door. No one had ever seen rain before. Noah did all that he was commanded to do. (Genesis 6:22, 7:2) Noah was perfect in his sincerity, but it was not sinless perfection.

I am guessing that Noah became a bit depressed after all the re-planting was done. He was no longer doing anything exciting or necessarily challenging. The hard work was all done and probably all they had to do was to just maintain what they had planted. Maybe he was a bit bored with things that are always the same. Lion personality types love a challenge. They love being in charge and independent. A lion personality is usually more aggressive than reflective in problem solving. They will work long hours until a tough problem is solved. After it is solved, they can become bored with routine work that follows.

So in pre-flood days, Noah’s personality was good and helpful. But now what?

David Jeremiah speaks about Gen. 9:20-21. “The Bible’s candid portrayal of the heroes of the faith gives a complete picture of God’s redemptive plan and His ability to use flawed humans. Noah’s plunge from exemplary faithfulness to a drunken, disgraceful stupor is a reminder that no one ever stops needing grace, even in old age. Every Christian is prone to sin; there is no riding on the coat tails of past obedience.”

The consequences of Noah’s sin was shame

“He was uncovered within his tent, made naked to his shame, as Adam when he ate the forbidden fruit. Yet Adam sought concealment; Noah is so destitute of thought and reason that he needs no covering.

”…(drunkenness) disgraces men and exposes them to contempt. As it shows them, so it shames them. Men say and do that when drunk which when they are sober they would blush at the thought of.”

I had a thought

Grapevines take at least 3 years to mature enough to grow grapes. So Noah was likely really weary waiting. He likely had never been drunk before and probably had no idea how much is TOO MUCH for him to drink of the fruit of the vine. He had waited a long time (not a strong point for a Lion personality) and now he enjoyed the fruit of his labor. But…he drank too much and passed out. I want to note: He was ALONE. In his tent. And in walks Ham. Discovers his father and tells his brothers.

I have often wondered why God “cursed” Ham and son

Matthew Henry reminds us that we are not to glory in the faults of others ESPECIALLY PARENTS, whom it is our duty to honor. Noah was a good man, a good father to Ham, and this was especially dishonoring for him to share what he saw. Ham is called the FATHER of Canaan. Matthew Henry speculates that this is a reminder that Ham should have thought of how he would want his son to treat him if he were in a similar situation. “It intimates that he himself who was a father should have been more respectful to him who was his father.”

1 Peter 4:8 “There is a robe of reverence to be thrown over the faults of parents and other superiors.”

Obey the call. The results are up to God

We know that even today, the world is full of people who want nothing to do with God. Noah preached 120 years and the only ones saved were his family and himself. He never gave up though; he kept preaching to the people while he built the ark, and he left the results to God. it must have been heart wrenching as he was doing what God called him to do, day after day, without results. What do we learn from the story of this man?

We can’t rest on yesterday’s successes. Each day is a day of new opportunities to obey and walk in integrity. In the end, we each have a choice to make. Can we say. “Jesus Christ is my ark. Have I actually come to Jesus in surrender and pulled away from the world’s tempting influences?” Knowing about it and building it wasn’t enough for Noah. He had to walk through the door to get saved. Then GOD shut the door behind him and his family. When the door was shut, no one else could enter. Don’t be left behind.

Choose to come And leave the results to God. He knows your personality. He created you like that. You are perfectly created for the work He has for you to do. But, most importantly, He also wants you to stay close to Him in all the “seasons” of your life. From today until He comes again…

Enter the ark and obey your call.

Are you curious what personality type you are? Let’s set up a consultation. You will be amazed. AND blessed. I promise. LFYS–as far as I know–is the only Biblically based personality assessment/ consultation you will find. It is my absolute favorite! I have used it with clients and friends for many years.  Why? BECAUSE: It declares your identity is only truly created by God AND discovered in Christ.  AND it stresses we are only one piece of the puzzle. We learn how to BE a blessing the way God intended. That is the foundation of Ministry Insights Leading From Your Strengths (LFYS)!!

Thanks for all you do…