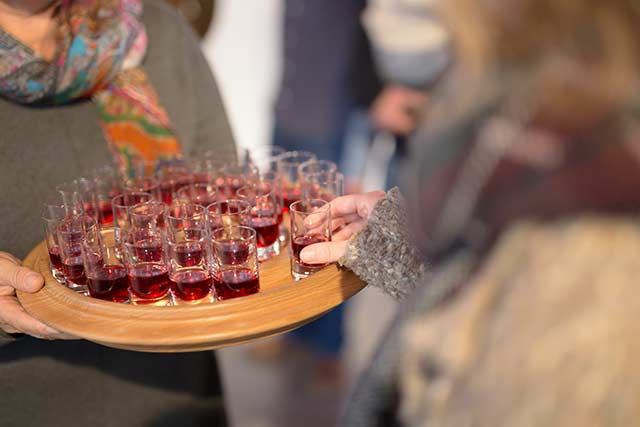 It happens to me frequently

(On those occasions, I usually only tell my very closest friends about the details, so because we are getting to be pretty good friends after all this time, I decided it was time to share one of these stories with you.)

Normally, the cause is:

I get a good idea and I spend a lot of time organizing and thinking of every possible scenario and then someone or something prevents it going forward and so I’ll find myself “clearing” with a good friend rather than talking to God about it; and so…since He is listening to my conversations anyway, I get a check in my spirit. Hence…the Busted by God idea. Yup! He lets me know that He’s listening. Is He being mean? No! God is never mean-spirited! He’s just letting me know He loves me and wants what’s best for me! He feels that way about you, too!

One Saturday, God went a step further…and I love it when this happens! He is intimately involved in every detail of my life. I know that. But it’s really cool when He verifies that love in tangible ways. Ways I can’t ignore. That morning, I had prayed “Lord Jesus, speak to me. I’m ready to listen and eager to obey.”

It didn’t take me long. Later in the same day, I was on the phone sadly describing a disappointment to a friend and got that check in my spirit and continued to talk anyway. Someone had hurt me and I wanted sympathy. Suddenly, I realized it was nearly time to get to the church, since I was scheduled to assist with communion. So, I rushed off the phone to go get myself dressed and out the door.

Then, I heard that check in my spirit again and thought of my morning prayer, but I was short on time to talk with my Father and to hear what He had to say, so I rushed to the table where my Bible and study tools were still open from the morning. And grabbed up Oswald Chambers’ My Utmost for His Highest all the while praying for God to “give me a word” that would direct my heart to Him and away from my complaints. So…he did just that!

Taking the lazy way out

I did what is known as “The Open Window Method”…open anywhere and expect God to speak. It’s normally just a lazy way to grab anything. I know. I know. Yes, I was taking the lazy way out. But speak He did! (I LOVE THIS!) I happened to open to June 17. (Click the date for updated version. I have the older version.) The title was “The Uncritical Temper”. And the verse at the top was: “Judge not that ye be not judged.” (Matthew 7:1) I laughed right out loud. Yup! Busted by God! Because He loves me. So, my eyes fell down the page and focused on something I had previously highlighted: “There is always one fact more in every man’s case about which we know nothing…I have never met the man I could despair of after discerning what lies in me apart from the grace of God.”

Remember I was on my way to serve communion. It would NOT have been OK to have pride and criticism in my heart. It is never OK, but my heart was feeling the sense of urgency that could not be put off. Rather, I had opportunity to confess on my way there and to receive the forgiveness and cleansing promised.

That was just the beginning

If you think that was the end of my Father’s lesson to me that evening, you are wrong. He gave me an opportunity to see if I took the lesson to heart…or had it merely been head knowledge.

It was time to collect the offering. And, as I passed along the offering plate, a lady with great disdain on her face corrected me (it was so animated that everyone else knew what was happening). She had rebuked me for the way I was serving. Ahhh. I remembered my lesson. I had told God that morning that I was ready to listen. And I did. I felt His love. And I let Him love her by using me….and praying silently for her to be blessed. (BTW, I also prayed for Him to remind her that she, too, was about to take communion…just in case He was so busy with me that He forgot about her. 🙂 )

There is yet another part of this…

It’s the part that happened after church. I walked over to her and thanked her for her help and told her that next time I would try to remember to do what she had suggested. That was definitely God loving her by using me. I would not have thought of doing that on my own.

Being Busted by God is a good thing! And when you are His child, it feels like LOVE!

Have you ever had a time that you were Busted by God?