Take Off Your Shoes

“We look upon Jesus Christ as the best Example of the Christian life; we do not conceive of Him as Almighty God Incarnate, with all power in heaven and on earth…we do not take off the shoes from our feet when He speaks. Jesus Christ is Savior, and He saves us into His own absolute and holy lordship.”

We are on Holy Ground. One of my favorite ways of thinking of Jesus is that He is my Friend. But I must never forget that He is my Savior and my Lord. Yes, Jesus is truly a wonderful Friend of sinners, but He NOT our “buddy”. When we enter into His presence, it must be with awe that we are in the presence of the Most High God, Creator, and we must take every thought captive to believing that He is THE MOST HIGH GOD. He is above all other gods that have been made with human hands and imaginations. HE is the ONLY Way, the ONLY Truth, and the ONLY Life.” Other religions of the world do not believe those basic facts. He is Lord of lords and King of kings. From the beginning to now and forever.

Jesus’ authority is not partial, but absolute! He says…

He did not TAKE it. God GAVE Him that authority. “All authority has been given to Me in heaven and on earth…” (Matthew 28:18a)

Prayer is not passive. It is actively and expectantly talking with God and listening and waiting for God’s answers. Waiting (in the prayer sense) has been described as actively enduring until the answer comes.

in the book The Cross and The Switchblade: In the early 1960’s, in the inner city, Wilkerson was hosting a rally in New York City for inner city kids. Most of the kids were deeply involved in dangerous gangs. He’d rallied 65 churches to join him in the planning and counseling training for after the rally. They were enthusiastic and expectant about what God could and would do. Things didn’t go as hoped…

“On the 4th night, 100 people showed up. The arena would hold 1,000 people. The ones that did show up were disruptive and loud and rude. They made lewd remarks.”

Have you ever felt like God wanted you to do something and when you obeyed, it flopped and you felt mad at God? Or maybe you felt like a failure? Did you quit?

Download a FREE wallpaper to encourage you to pray

David was ready to quit

That 4th night, David broke up the meeting early and went home, brokenhearted and angry at God. He was ready to quit. He felt lower than a snake’s belly, as my Dad used to say. David spoke plainly with God about his feelings.

“Lord, we’re not even beginning to reach these boys and girls. What am I supposed to do?”

Here’s what I want to focus on…

David Wilkerson wrote in His book, The Cross and the Switchblade: “And as always—why is it I have to learn this again every time?—“

When I REALLY asked

I was REALLY answered

Have YOU experienced the difference between asking and REALLY asking (out of desperation or fear)? If not, isn’t it about time you do? If you have, what happened?

What about David Wilkerson? What happened?

If you haven’t read his book, isn’t it about time you do? His story is one of my all time favorites. Biographies are faith-builders! 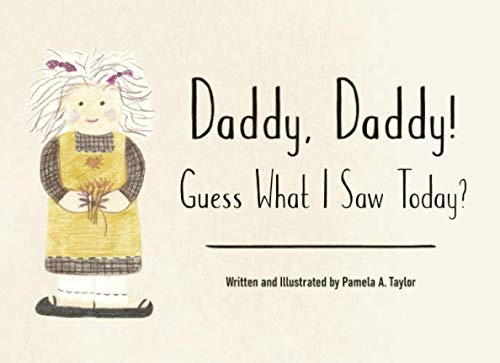 From a flock of geese to a dog on a leash, the pages of this winsome little book are filled with things we see around us every day. Pamela A. Taylor takes those everyday items and looks at them through the eyes of a child; making them seem exciting and new while also teaching children how to be grateful for the God who created them. Take a walk with Pamela through the pages of this book and help your little ones see God’s hand in the beauty of life.