What Do a Billboard and a Cake Have in Common? 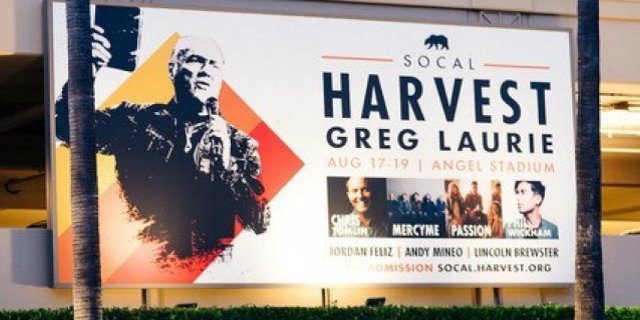 A Billboard Company & An Evangelist

The pastor/evangelist had arranged for a billboard company to create and post his ad on their billboard. In the ad, a silhouette of the pastor was holding a Bible (no cross or even the word Bible on it) in his hand.

So the ad was posted on the billboard, the sign company got some push back and asked Laurie to remove the image of the Bible from the picture. The pastor agreed. And on that very day the new image was to be installed, the sign company came back and said, “Well, we’re not going to put that up, and the other one’s coming down – and we’re not going to put up anything.” (They did refund their money.)

I first heard about this billboard spiritual battle on American Family Radio (AFR) .

A Cake Artist and the Courts

Embed from Getty Images
Another example of a spiritual battle from the news that morning was about Jack Phillips and Masterpiece Cakeshop. In his first legal battle, Jack was accused of discriminating against a same sex couple wanting him to bake a cake for their wedding. He is an “artist” and he expresses his artistic talent through his cake decorating. But, he could not and would not bake a cake with a message that would violate his freedom of speech by expressing a message that went against his Christian faith. He felt it would be endorsing a same-sex wedding, which he could not and would not do. There was much push back; and he suffered great losses on many fronts. But, because he felt he was treated unfairly on the basis of his religion and he knew it represented more than just cake baking, he took it all the way to the Supreme court and he won the case. The majority in the court agreed with him.

Jack is Consistent in Walking Out His Faith

“On the very day the Supreme Court decided to hear Masterpiece Cakeshop (June 26, 2017), a caller asked the bakery to make a cake with a pink inside and a blue outside, celebrating a gender transition from male to female. The shop politely declined, but Phillips believes that the same lawyer, on other occasions, requested that he create other custom cakes with messages that violate his faith — a cake celebrating Satan and a cake with Satanic symbols. The lawyer…a man identifying as a woman…” – PJMedia.com

I first heard about this 2nd spiritual battle for Jack on pjmedia.com .

Sloppy Agape or Dressed for Battle?

What do a billboard and a cake have in common? Both stories are about serious spiritual battles. This is old news, but these battles continue to this day.  What is a person to do? Pray for wisdom and favor, friends. Our country was founded on Biblical principles. The Bill of Rights was thoughtfully planned out and purposefully written as the authors realized that the each “right” was necessary. We must honor what our founding fathers intended. The battle between good and evil is intensifying. We cannot live our lives exercising sloppy agape. This is serious business. We must remain dressed for battle in our spiritual armor (Ephesians 6) and continue to keep our relationship with the Lord Jesus strong.  Always alert, because the enemy prowls around looking for someone to devour…

Loving the sinner, but not the sin

If an evangelist and a cake maker must go through such battles, then we must not think we will be immune. We must be supportive of them. And, we MUST be ALERT IN THE SPIRIT!!! We must be proactive, seeing clearly the signs of the times. Loving. Kind. Respectful. YES! AND at the same time, also realizing we are in a battle for souls! Loving the people, but hating the sin.

In the strength of the Lord, we are blessed and equipped for healing the broken-hearted and setting the captives free. Are you willing? Our battle is NOT against flesh and blood but against a spirit world that has been working to thwart God’s plans from the very beginning. We are “awaiting His shout” together. Occupying and working until Jesus comes again…

Until next time, I am…

Do you have questions? Through the Ministry Insights assessment, you will Discover your strengths. And then, through mentor coaching, you will learn how to daily Embrace and Live out your strengths. You can contact me by clicking on the blue button beside the signature line. Or leave me a private message on Facebook.